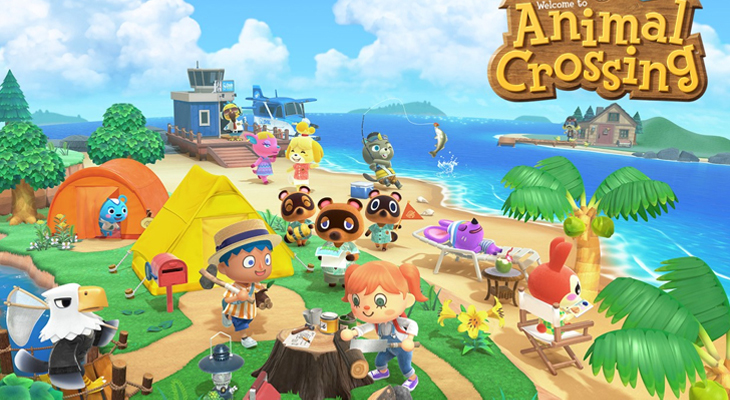 An internal interview with Animal Crossing: New Horizons producer Hisashi Nogami and director Aya Kyogoku was released via the Nintendo Switch news channel & youtube. The interview details a lot regarding new features. Read below for the full interview:

Nintendo: What’s the premise of the new game?

Ms. Kyogoku: Tom Nook has started a new business that offers a new package called Nook Inc. Deserted Island Getaway Package. The player begins the game with this package and moves to a deserted island.

Nintendo: Why have the player start there?

Ms. Kyogoku: With the Animal Crossing series, we’ve always had players moving to a new location that already existed. We wanted to give them a new experience and thought that a deserted island would be perfect. 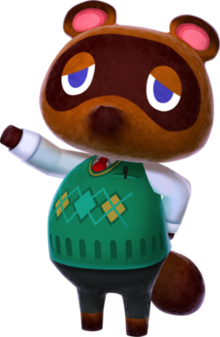 With this theme, players can enjoy gaining a foothold on a new life and developing the island. As you progress, new residents may appear and new facilities will be built – it will eventually start to feel like the familiar Animal Crossing life. In other words, you can enjoy the phase before the place becomes a village this time.

Nintendo: Can you describe some of the new features?

Ms. Kyogoku: There’s a system called DIY where you’re able to create items from scratch. With a deserted island, players will be starting with a blank canvas. They can collect materials from the island and then create items and furniture.

Nintendo: How does multiplayer work?

The second mode is a completely new form of local multiplayer. For the first time in the series, up to four residents living on the same island can play together at the same time in local multiplayer on a single system by sharing Joy-Con controllers. Before, we’ve had a feature that let families or friends make their own houses and reside in the village on a single system, but they weren’t able to play simultaneously. But this time, with one system, you’re able to live and play in the same village simultaneously.

For the first time in the series, up to four residents living on the same island can play together at the same time.

Nintendo: What do you personally love about the franchise and why do you think it resonates with fans?

Hisashi Nogami: It’s a little hard because I feel like I’ll be praising myself… The players can play little by little each day, and eventually, they end up playing a very long time. I think you start to invest emotionally into the game.

Even when you’re not playing the game, it’s always in the back of your mind. I think that you’re able to build this relationship with the game and I think that’s why a lot of fans still love Animal Crossing. You have your real-life and then you have this parallel world that you’ve built in Animal Crossing.

Ms. Kyogoku: With my friends and colleagues, I always keep in touch with them about turnip prices. Through playing Animal Crossing with my friends and family, I started to realize that they all have a different part that they love about the game. Another thing is that although in real life our hobbies may be different, we share an interest in Animal Crossing. When all my friends and family come together we start talking about the game and it really brings us together. I think that’s what really grabs the player and is why fans love the game.

Nintendo: Who is your favorite character?

Hisashi Nogami: It’s really hard to choose one. If I have to pick one, I think it’s Tom Nook.

This is background information on Tom Nook, but he was unsuccessful earlier in his life. Because of this early failure he has this sense of sadness to him. This is something that you’re able to learn a little about in Animal Crossing: Wild World. So, although he may seem like a strict capitalist to some, you do have to notice he’ll wait forever without adding any interest to your loan. He is a man with a huge heart and somebody that you can really depend on.

Ms. Kyogoku: I Love Tom Nook. Even though sometimes he upsets me, I do have to admit that because of him and his hard work, I have a pretty good life in the game.

Nintendo: Finally, what is your favorite bell-making tactic in the previous games?

Hisashi Nogami: My favorite way is to plant as many fruit trees as possible and create an orchard. I have a technique of planting as many trees as possible in a small amount of space. There is a design of how I plant the trees so I’m able to collect them in the fastest way possible. So, every three days I collect all the fruit and then go sell them. So, if you want to make a quick buck, there are so many other ways to do it. But if you want stability, that’s the way to go.

Ms. Kyogoku: Unlike Mr. Nogami, I heavily depend on turnips. I’m always trying to make a huge break by winning money through some sort of surge in turnip prices. I also go around and then check out all the boulders that spit out bells and other minerals. Then I’ll also go fish and catch insects, concentrating on the most expensive ones.